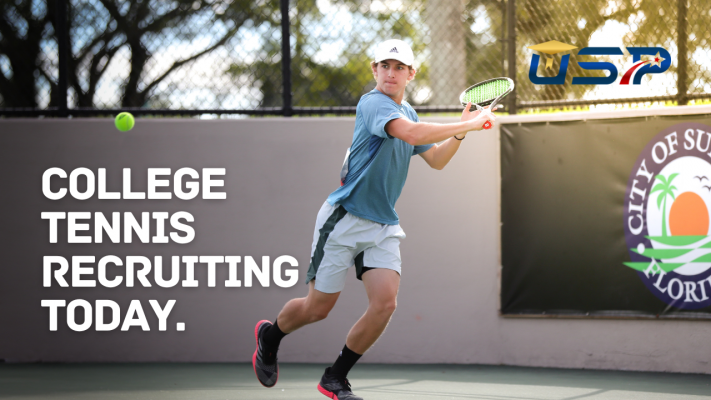 College tennis recruiting has been strongly impacted for both, junior players and college coaches, due to the following 4 important factors:

With the new professional tennis guidelines, it’s much harder now to get into pro events, earn points and make money.

Impact: A more competitive recruiting: More and better players are now looking to play college tennis as a trampoline to professional tennis.

From a previous age 24 yrs., the average for players peaking in the pro tour is now around 28 yrs. This is due in part to technology (better equipment and fitness prep) and slower surfaces. Players are also mentally better prepared as they get older.

Impact: There is enough time to go to college and get a degree (Cases: Kevin  Anderson, John Isner, Daniela Collins). So again, highly ranked junior players are opting for college tennis.

Any initial conversation these days between a college coach and a prospective recruit starts with: What is your UTR? With that number, college coaches can now identify player’s true tennis level regardless of where they live, which tournaments have they played, luck of the draw, injuries or how many rounds/tournaments have they won. Junior players can be compared under one same parameter, even against current college players.

Impact: No need for players to travel as much around the country or world, hunting for ITF points. You can improve your UTR with match play at your own academy. And coaches have now an easier time screening their recruits by focusing on that UTR on their radar.

Advantage: College Coaches and for those high ranked players (as long as they make the right decision).

Thomas E Anderson is one of the World’s leading college placement consultants.
He is the CEO & Founder of University Sports Program and serves as a Consultant to the UTR